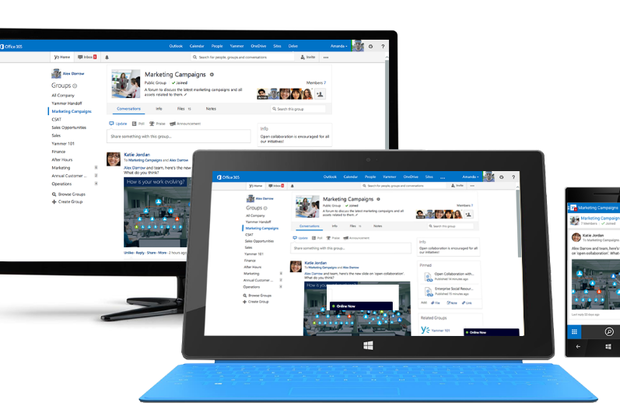 At this past spring’s Ignite — Microsoft’s new one-stop software conference that combined all of the other domestic technical events into one giant pot of soup — the software giant revealed some interesting details about SharePoint 2016, the next release of the on-premises version of its collaboration and Office development platform.

The session on SharePoint 2016 was presented by Bill Baer, the head of SharePoint at Microsoft. This was the public’s first opportunity to learn what exactly would be in this version of the product, what sorts of changes and improvements have been made, and other things to expect as we look toward the product’s release and general availability in the first quarter of next year. Here’s what we know after streaming Baer’s full presentation.

A snapshot of the cloud

As you’re probably aware, SharePoint Online and Office 365 run SharePoint 2013, but at a massive, multi-tenant, global sort of scale. The product group develops new features, tests bug fixes and uncovers and fixes other issues and conditions while running this software in production for hundreds of thousands of customers. What emerges is a “SharePoint 2013 + Office 365 fix pack + Premium Cloud Add-on” sort of amalgamation that is sort of the previous on-premises product version and sort of a cloud-specialized edition of the product.

Baer said that to begin the development of the “shrink-wrapped” copy of SharePoint 2016, Microsoft took a snapshot of the cloud service with all of these new features baked in and used that as a starting point for further work on the on-premises product. Some features, like Office Graph and Delve, were not really in a form that could be baked into an on-premises version, but for these features there will be “cloud accelerators” that one supposes will speed up the connection between corporate deployments any existing Office 365 tenants a given company or organization has.

Interestingly, all SharePoint 2016 deployments will be farms consisting of multiple servers (or virtual machines as the case may be). There are no more stand-alone deployments, even in a lab scenario. Patching and updating has been significantly revamped with the promise that with two MSIs per SharePoint core service and one language pack, services can be updated during production business hours without taking the service down.

Lots of work has gone into the authentication and authorization stack for SharePoint 2016, as we move into an increasingly cloud based world. Azure Active Directory, for instance, is trusted by default. You will see SharePoint 2016 moving away from Windows identities and more towards claims based authentication, authentication using SAML, OAuto and WS-Federation—all to make deployment of both applications on top of SharePoint 2016 and hybrid on-premises and cloud/Office 365 installations more seamless.

Finally, there is a new search service that indexes both on-premises content within SharePoint 2016 and also Office 365 or SharePoint Online content. The indexes will then be combined and users can search a single time and have results that match their search query string populated from both locations without any additional fuss.

What does this denote about the future of SharePoint?

It’s good to see such a solid and firm commitment to delivering a really valuable piece of on-premises software from Microsoft. This isn’t just a “check the box” sort of release, if these plans end up being reality—this is a fully baked release worthy of the fees you’ll pay to upgrade. You should note, however, that Microsoft also had an in-depth session later in the week at the Ignite conference about how its own internal IT department has decided to roll up all of their SharePoint deployments to SharePoint Online and Office 365, save for a couple of very specialized subsites overseas that remain export controlled. In one Ignite session, the presenter revealed that just shifting the main employee news site, MS Web, to Office 365 saved over $400,000 in hosting costs alone in the last fiscal year compared to the previous status quo.

The fact that perhaps the largest and best customer for SharePoint on-premises, Microsoft itself, has moved its collaboration utilities into the cloud does not necessarily spell doom for the on-premises product. But it does signal that we can all expect to live with this upcoming 2016 version for a long while as the “dogfooding” on the cloud intensifies and the use of on-premises technology within the confines of Redmond continues to decline. Microsoft refuses to say whether they’re looking beyond SharePoint 2016 to further on-premises releases, but to be fair, in their history they’ve hardly ever commented on releases beyond the next imminent version. So the outlook is still rather murky on that front.

The SharePoint world breathed a collective sigh of relief after Ignite 2015’s lifting of the curtain and peek behind the scenes at SharePoint 2016. If you take the niceties of SharePoint 2013 and bake them for three years while adding in the refinements and the lessons and bug fixes that have come from running thousands of instances of the product with terabytes of data in the SharePoint Online environment, you essentially end up with SharePoint 2016. It’ll be released early next year and may well be the stable collaboration platform you end up on through 2020.